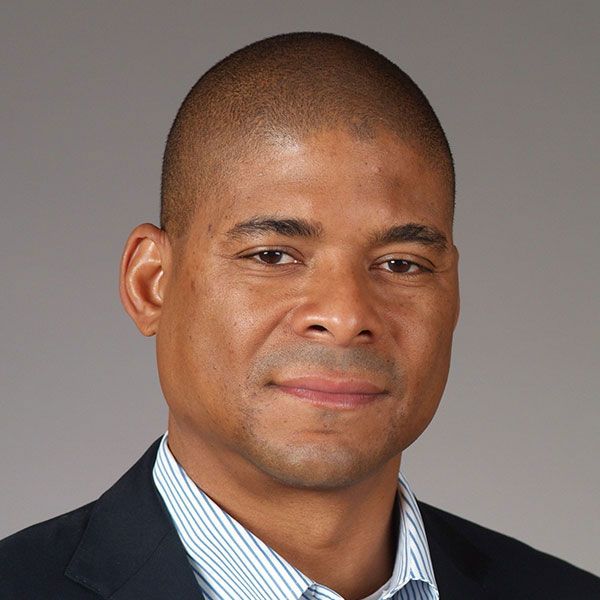 Nigel W. Jones is the Head of Aerospace and Defense for Bowen Advisors (Boston, MA) with over 25 years of experience in finance, technology, defense, and operations. He is a former Goldman Sachs and Carlyle Group executive and CEO of a cybersecurity and mobile security company. He is also a former Marines Corp Officer. Mr. Jones has over 23 years of professional experience in finance and operations. The Chief Executive Officer of KoolSpan; Partner, TWJ Capital; former Principal, The Carlyle Group (U.S. Buyout Funds); former Associate, Goldman Sachs & Co. in mergers & acquisitions and an original member of the Technology Group. Mr. Jones has been appointed to the Montgomery County Economic Recovery Task Force, and he is an Adjunct Director of the Marine Corps Scholarship Foundation (Finance Committee). Mr. Jones graduated from Harvard University (BA, History, magna cum laude) and Stanford University Graduate School of Business (MBA). Mr. Jones served as an officer in the U.S. Marine Corps for four years active duty and four years in the reserves and is a graduate of the Marines Combatant Dive School, U.S Army Airborne School, Honor Grad Marine Communications Officer School and Communications Platoon Leader First Force Reconnaissance Company. Mr. Jones lives in Bethesda, MD with his wife and three children.

Happy Thanksgiving! Now, Garden Of Eden Or Tower Of Babel?

The truth is not somewhere in between.

Brooklyn's first black DA had a level of integrity, purpose and Solomon-like wisdom too rare in today’s leadership.

These are three values that unite Americans.

I Bet You 500 Harriet Tubmans: Nobody Can Be President Without The Black And Latino Vote

By 2040, ethnic minorities will become the majority of the U.S. population. This is not a side story -- it's the main event.